Blockchain and bitcoin have been trending for quite some time. If you still don’t know anything about them, it’s time to learn. Or someday you may be left out. Increasingly organizations are becoming comfortable with dabbing into to world of cryptocurrencies.

You don’t need to start mining coins or sell your home to become the next Bitcoin or cryptocurrency millionaire instead, I’m saying someday we all may need to understand it for our job.

Depending on where you work, you may already be well versed and “getting paid” in cryptocurrency. According to Jasmine Ye Han, “A number of U.S. companies are paying their international workers in bitcoin these days. It can be a benefit for the worker and a money-saver for global employers—and it’s likely here to stay, sources told Bloomberg Law.” In February, GMO Internet firm (a Japanese company) will start paying its workers up to 100,000 yen (about $890). Employees can also choose to get salaries in Bitcoin.

Interestingly, “about 200 employers are using a third-party payroll platform called Bitwage that lets workers determine how much of their pay comes in cryptocurrency,” according to Bloomberg Law. In 2017, the Bitwage processed $30m in wages for 20,000 users in the US, Europe, Latin America and Asia. Workers signed up for the service on their own at Google, Facebook, GE, Philips, the United Nations and the US Navy. These facts begs the question, if offered, would you want to get paid in cryptocurrency? 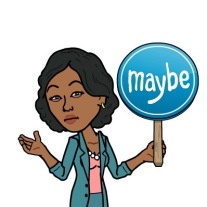 Right now, some are researching on how blockchain could benefit HR, recruitment and payroll. Dave Zielinski’s asked, “Is HR Ready for blockchain technology?”

Because most probably don’t know what it is or how it could improve business, I would say no!  Zielinkski explained how “the tamper-proof technology will improve payroll distribution and recruiting.” If you have not read the article, it’s a good read that will get you thinking about the future of blockchain.

Despite my reservations about the peer-to-peer technology, his article made me think about how it could actually be beneficial in a number of other fields (endless possibilities). I still have some reservations though vastly because of  its volatility. There risk to lose money is no joke. Be sure to read up on the pros and cons for yourself. The aim here is not to convince you. The opinions run the gamut.

As for me, I am all for innovation. The technology is innovation at its finest! I actually downloaded  Coinbase with hopes of getting in on all the rave one day soon. You can buy and sell bitcoin, ethereum, and litecoin with this app. Still, I must admit I did not jump on the bandwagon at right away when it seem like everyone was hyping it up. Hasani (my son) has been talking about Bitcoin for a few years now. After he wrote a paper about blockchain last year, my eyes were opened. I was intrigued.

CNBC reported Freelancer.com shared there was an 82% increase in bitcoin (Crypto-related) jobs. More college students are taking cryptocurrency related courses at Stanford, University of California, MIT and top “Computer Science” universities. If that does not spark your interest, I don’t know what will.

Because cryptocurrency isn’t legal everywhere and some countries prohibit bitcoin transactions, I wonder if cryptocurrency payment will gain more popularity in paying international and freelance workers in the future.  Case in point, the use of bitcoin is banned in Bangladesh, Bolivia, Ecuador, and Kyrgyzstan as some are concerned with its untraceable nature and reputation as the currency of choice for criminal activities like terrorism or the drug trade. Seriously, a sheriff’s office in Arkansas actually mines Bitcoin to fuel dark web investigations.

Only time will reveal. I am excited more so to learn how the technology can improve the way we work, pay workers, as well as what HR professionals need to know. If you have many side hustles like me, it might be a good idea to look into how to get paid in bitcoin. Are you open to getting paid in bitcoin? Does your employer offer this option to workers? I would love to know your thoughts and concerns.

3 thoughts on “Are You Ready to Get Paid in Bitcoin?”

This site uses Akismet to reduce spam. Learn how your comment data is processed.