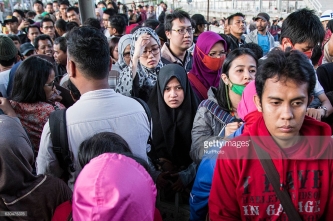 On a crowded London commuter train, an early morning rider shoved and insulted a fellow passenger who tot in his way.

It was the kind of unfortunate, and mindless moment that usually remains unresolved. But later that day, the unexpected happened.

A business manager sent a quick message to his social media friends, “Guess who just showed up for a job interview.”

When his explanation appeared on the Internet, people all over the world winced and smiled.

Imagine walking into a job interview only to discover that the person who greets you is the one you had shoved and sworn at earlier that day.

The selection process begins long before the actually interview. Now, picture for a moment the look on both faces as well as the thoughts that were racing in their mind.

During the hiring process, it does not matter whether the person is a passenger on a commuter train, cashier in the canteen, janitor cleaning the lobby, receptionist at the front desk, or the CEO, always be kind and treat everyone right. It’s the right thing to do!

I hope you enjoyed a Surprise Interview devotional reading from Our Daily Bread. Feel free to share and pass it on. Someone you know may need to hear this positive message from an HR Angel.

This site uses Akismet to reduce spam. Learn how your comment data is processed.